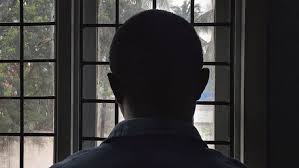 A gay man with HIV in a clinic in Dar es Salaam, Tanzania, November 16, 2016. Due to the government’s crackdown on the gay community, the man had been afraid to pick his medicine up for two weeks in spite of the risks to his health.  © 2016 Kevin Sieff / Getty Images “In short, we are dying,” Victor, a 25-year-old gay man in Tanzania, summed up his story when we spoke in mid-2018. He had just outlined the litany of measures Tanzania’s government had taken to deny lesbian, gay, bisexual and transgender (LGBT) people the right to the highest attainable standard of health – a right guaranteed to all under African and international law. “Because of government,” Victor said, “LGBT people don’t have a place to get training [on sexual health]. People don’t get lubricants, they don’t get condoms, they don’t get services.”