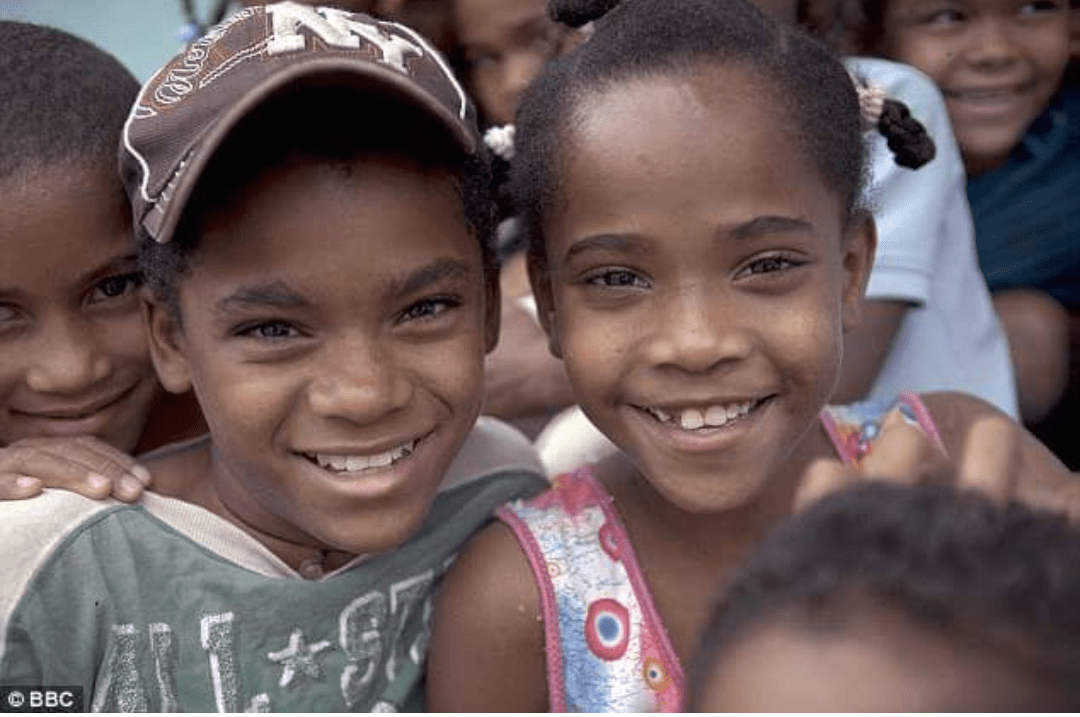 Girls in an isolated Caribbean village become male and grow penises when they hit puberty due to a rare genetic disorder.

It is estimated that one in 90 children born in Salinas in the Dominican Republic make the transition by the time they reach 12.

The children, known as pseudohermaphrodite, are explored in BBC2 series Countdown to Life – the Extraordinary Making of You.

The documentary makers meet Johnny, who appeared female at birth and was known as Felicitia.

As a child, he did not have a penis and was brought up as a girl. Now 24, he is physically and biologically male – a process that started when he was seven years old.

He said: ‘I remember I used to wear a little red dress. I was born at home instead of in a hospital. They didn’t know what sex I was.

‘I went to school and I used to wear my skirt. I never liked to dress as a girl.

‘When they bought me girls toys I never bothered playing with them. All I wanted to do was play with the boys.’

The rare genetic disorder is caused by a missing enzyme which prevents the production of a type of male sex hormone – dihydrotestosterone – in the womb.

All babies in the womb, whether male or female, have internal glands known as gonads and a small bump between their legs called a tubercle.

At around eight weeks old, male babies who carry the Y chromosome start to produce dihydrotestosterone in large amounts – this turns the tubercle into a penis. For females, it becomes a clitoris.

But some male babies are missing the enzyme 5-α-reductase which triggers the hormone surge. This means they appear to be born female with no testes and what looks very much like a vagina.

Then when puberty hits, a large surge of testosterone is triggers the male reproductive organs to grow. This causes their voices to deepen and the development of a penis.

Essentially, the development that should have taken place in the womb with these children happens around 12 years later.

The condition of being ‘Intersex’ affects one in every 2,000 births in the UK (although figures may be much higher) and there are an estimated 30,000 intersex people in the UK.

There are several known abnormalities that can lead to specific sexual ambiguity.

So called ‘XX male syndrome’ occurs in people who have two X chromosomes – one of which contains a significant amount of genetic material from a Y chromosome.

These people appear to be male, but are, in fact, genetically female. Typically, they will possess male sex organs, but these will often be underdeveloped.

They will also often develop breasts and maintain a high-pitched speaking voice.

In fact, biologists now recognise a host of conditions, both genetic and otherwise, which are labelled under the umbrella term ‘intersex’ – which replaces older terms such as ‘hermaphrodite’.

Intersex people may be genetically female, but physiologically male. Some will be true hermaphrodites, producing both eggs and sperm.

Many will have been subjected to ‘gender reassignment surgery’ after birth, sometimes successfully, often not.