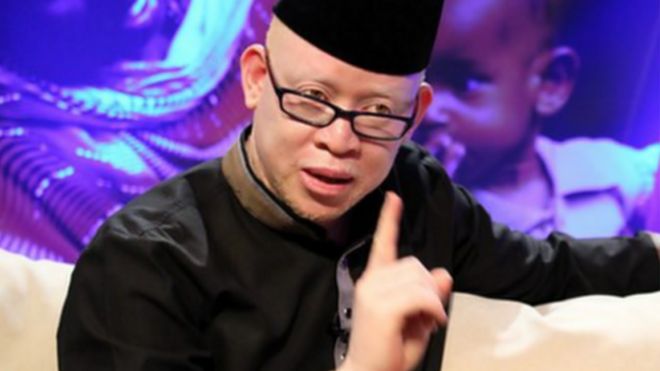 A Kenyan MP has asked the country’s parliament to pass a law to recognise a third gender to end discrimination against those who identify as intersex.

Isaac Mwaura is also asking for funding for gender alignment surgery and a public awareness campaign to end stigma against intersex people.

“They see me as a curse,” one person born female who later developed male physical characteristics told the BBC.

Intersex are people whose sex is neither completely male nor female.

James Karanja, who identifies as a male, told the BBC’s Idris Situma in Nairobi of the anguish he’s been experiencing.

“My official name is Mary Waithera – the name that I was given by my mother after my gender was confused at birth. They thought I was a girl but I’m a boy.”

Mr Karanja is currently undergoing a surgical realignment procedure, a costly medical expense beyond the reach of many.

Mr Mwaura says it is for this reason that he is pushing his colleagues in parliament to allocate money in the budget to cater for the medical expenses of 120 people registered as intersex,

“Already a process to assist James medically has proven to be an expensive affair,” he said.

Mr Karanja says the ambiguity in his identity has taken a toll on his life and that of his family, especially his mother.

“My mother had a mental breakdown because my relatives were avoiding me. Some say I’m a bad omen.”

Kenya is a largely conservative country where issues of gender identity and sexual orientation are usually dismissed using cultural and religious beliefs.

However, in 2014, a court in the country broke with tradition by ruling in favour of a transsexual woman who had sued the education authorities for refusing to amend her certificates to reflect her new gender and name.

Despite the high-profile case, other minorities in Kenya are still sidelined. Mr Karanja is finding it hard to get a job as “some businessmen think I will make their businesses collapse”.

Despite her sporting achievements, she has been dogged by controversy becauseshe has hyperandrogenism, a condition that makes her have testosterone levels far in excess of the vast majority of women. Some say she has an unfair advantage over other women.

It’s not the same for Mr Karanja’s colleagues, he says many of them have found life unbearable and some have committed suicide.