SEE persons from the intersex community in Kenya and read their stories. [CNN]

Ryan Muiruri (left) and John Karanja (right), are both intersex men and activists in Kenya, a country with a strong Christian population. “I could find some pastors talking to me, “God had a reason to create you as a girl,” Ryan says. “But I was not comfortable. I was not a girl as they knew I was.”

Ryan Muiruri has a girlfriend who is aware of his condition. “Some friends and community are taking it negatively but she is fighting that. I can find her telling them, ‘I don’t care the names [you call him],”Muiruri said. “[She says], ‘what I care is that I love him and he loves me too.”

Cecilia Njung’u’s son was 13 when he began skipping school every month. She soon discovered the reason — her son had gotten his period. “When I knew that I didn’t understand I just couldn’t understand that day. They took me to the hospital. I fainted for two hours,” Ndung’u said.

James Karanja is an intersex man who was raised as a female. Soon after his mother discovered his intersex condition she was placed in a mental facility where she remains. “Due to rejection from other family relatives she absorbed the pressure alone,” he said. “She lost it completely when I attained puberty.”

Maryann, 24, and Anthony Mwaura, 42, hold their one-year-old child who has an intersex condition as well as spinal problems. The couple says they are working to raise around US$300 to pay for a chromosomal test which they hope will determine his condition and identify a likely sex in which to raise their child.

“Since I was a child I was a loner. Dogs were my only friends,” said Josephine Wambuya, 30, an intersex man who maintains his female name out of respect for his grandmother who named him. “I’m attracted to women. You know I might see someone I like but then I cannot approach her because I don’t know how she will react. I’ve never thought about having a family, because I don’t know if I can be accepted.” 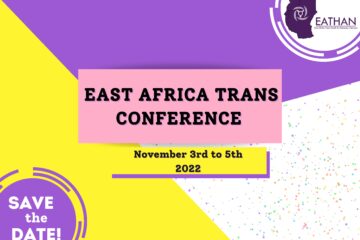