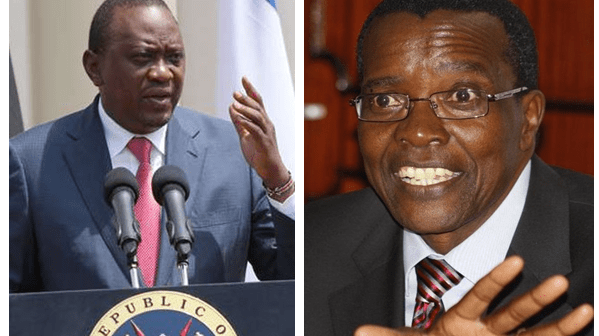 A Kenyan transgender woman   has filed a petition at the country’s High Court seeking to have gays, lesbians, and bisexuals barred from including Transgender people in the gay rights campaigns. Audrey Mbugua, argues that the continued inclusion of transsexuals by gay people in their struggle for equality has made them (Transgender people) suffer the same stigma associated with sexual orientation.

In her petition papers, the seemingly angry woman claims that because the society ’has been fooled’ to believe that ‘gays are synonymous with transgender people’; many people have been calling and treating her as a homosexual. ‘’most people don’t understand that gender identity and sexual orientation are two different things. And inasmuch as they hear words such as so called ‘’LGBT movement’’ ‘’LGBT groups’’ and vice versa, it sometimes become difficult for one to convince them transgender people are not gay people’’, she claims.

Ms. Mbugua was last year making headlines when she sued KENYA NATIONAL EXAMINATION COUNCIL (KNEC),the Government  body  mandated with managing school tests in Kenya, for  turning a deaf ear to her demands to have her (male) name changed in her school certificates. In her prayer to the court, she sought orders to compel the exam body to change her (initial) male name – Andrew- which she was assigned at birth – to current female one – Audrey – which she acquired after undergoing sex change therapy. Luckily, she won the case and her wish granted.

In the same year, Ms. Mbugua sued her Kenya’s government for refusing to register her organization, Transgender Education and Advocacy (TEA). She named NGOs regulatory Board and Attorney General as respondents. After keenly listening to her case, High Court Judge George Odunga ruled that the government was wrong in denying Transgender people a chance to register their lobby based on mere prejudice. He ordered the government to register the lobby with immediate effect.

Meanwhile, Kenya’s government has refused to register gay rights organization as ordered by the high Court on 2016.The order emanated from a petition filed by National Gay and Lesbian Human Rights Commission (NGLHRC) seeking Court intervention when its application to register as non-governmental organization was rejected by the state .The government claimed that doing so might spark  public outrage or revolt against the government considering the high level of homophobia in the country.

Back to the main story, and here is a transgender woman who doesn’t want her fellow gender minorities to be associated with sexual minorities. She claims that gays, lesbians and bisexuals are ‘‘forcing transgender people into a cause which is not theirs and which is of no benefit to them’’. She further argues that despite gay people’s determination to ‘force’ transgender people in their gay rights campaigns, they (LGB) never promote transgender interests with same vigor as they do for theirs.